Building on 14 years of extraordinary discoveries, the Sloan Digital Sky Survey (SDSS) today officially launched a major program of three new surveys, adding novel capabilities to expand its census of the Universe into regions it had been unable to explore before. 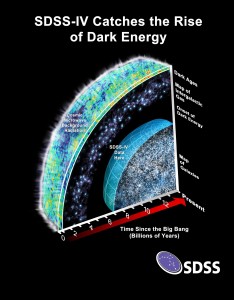 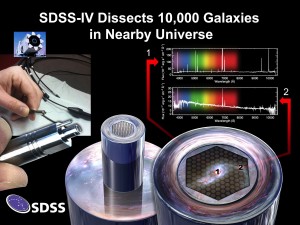 The University of Portsmouth’s Institute of Cosmology and Gravitation continues to be the only full UK member of the Sloan Digital Sky Survey (SDSS), which among the more than 200 astronomers at more than 40 institutions on four continents now also has a UK Participation Group consisting of individuals from the Universities of Cambridge, Liverpool John Moores, Nottingham and Oxford.

The press release was accompanied by this wonderful video showcasing a night of observing at the SDSS 2.5m telescope at Apache Point Observatory, New Mexico.