On Wednesday 28th January 2015, over 100 primary school children from Portsmouth and the surrounding areas attended the second annual Stargazing for Schools event at the Portsmouth Historic Dockyard. The event was organised by the Institute of Cosmology and Gravitation and HMS Warrior 1860, with support from the University of Southampton and Action Stations. Over the course of the day, the children attended six workshops on board HMS Warrior and at Action Stations themed around ‘Navigation through Space and Time’, exploring the link between stargazing and sailing, and learning about astronomy and navigation along the way.

Dr Jen Gupta, Dr Edd Edmondson and Dr Coleman Krawczyk from the ICG teamed up with University of Southampton PhD students Sam Connolly and Chris Frohmaier to run three workshops, looking at the size of planets in the solar system using play-doh, explaining how telescopes work with glasses of water and magnifying glasses, and investigating how astronomers tell what stars are made of using their spectrum. Attendees also watched a show in the University of Portsmouth’s Astrodome presented by Dr Sadie Jones from the University of Southampton and Applied Physics undergraduate Thomas Hodge. On the navigation side, the children explored both historic and modern navigation techniques with the learning teams from HMS Warrior 1860 and Action Stations. The event built on the success of the first Stargazing for Schools event in 2014, where the photographs below were taken. 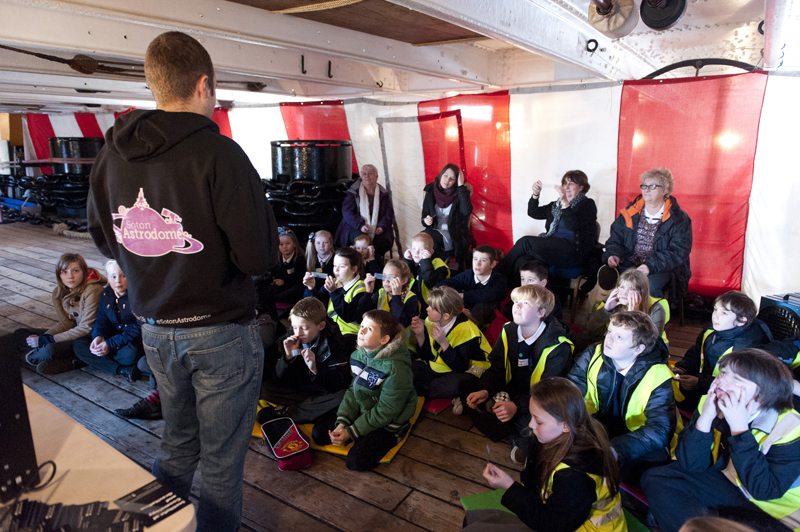 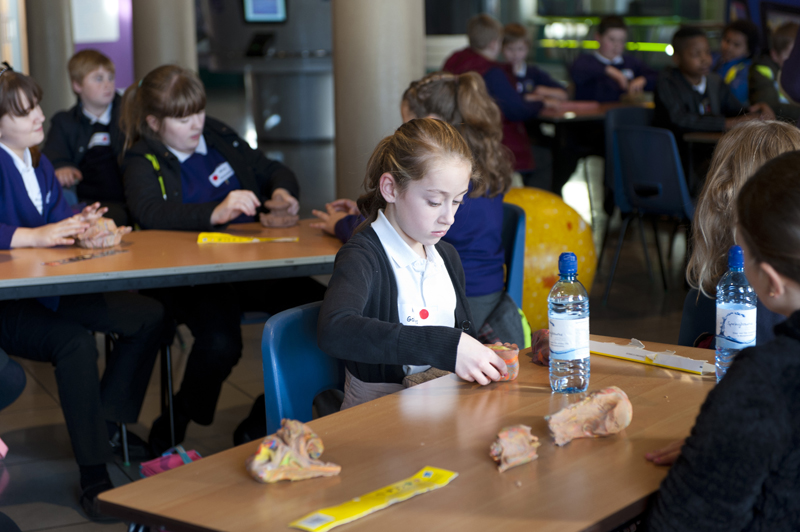 Stargazing for Schools is part of the Institute of Cosmology and Gravitation’s schools programme that includes events and activities for all ages. For more information, see our Schools Outreach page. Our public Stargazing Live event is planned for Tuesday 24th March 2015, to tie-in with the BBC Stargazing Live TV programme, more details will be available soon.