Warm congratulations to Dr. Guido W. Pettinari who has won the Michael Penston Thesis Prize, awarded by the Royal Astronomical Society for the best doctoral thesis in astronomy or astrophysics in 2014. His thesis was titled, “The intrinsic bispectrum of the Cosmic Microwave Background.” The prize was announced in the August 2015 A & G.

Guido studied the nonlinearity of the cosmic microwave background under the supervision of Prof. Robert Crittenden and collaborated closely with ICG post-doctoral researcher Christian Fidler. Guido created the SONG code (Second-Order Non-Gaussianity), to discriminate between primordial and late non-Gaussianity via the CMB bispectrum. Guido also investigated the nonlinear CMB as a research assistant at Sussex University, working with Dr. Antony Lewis.

The prize, £1000, is sponsored by the Oxford University Press and Guido will be invited to give a short presentation of his thesis work in an Ordinary Meeting of the Royal Astronomical Society. 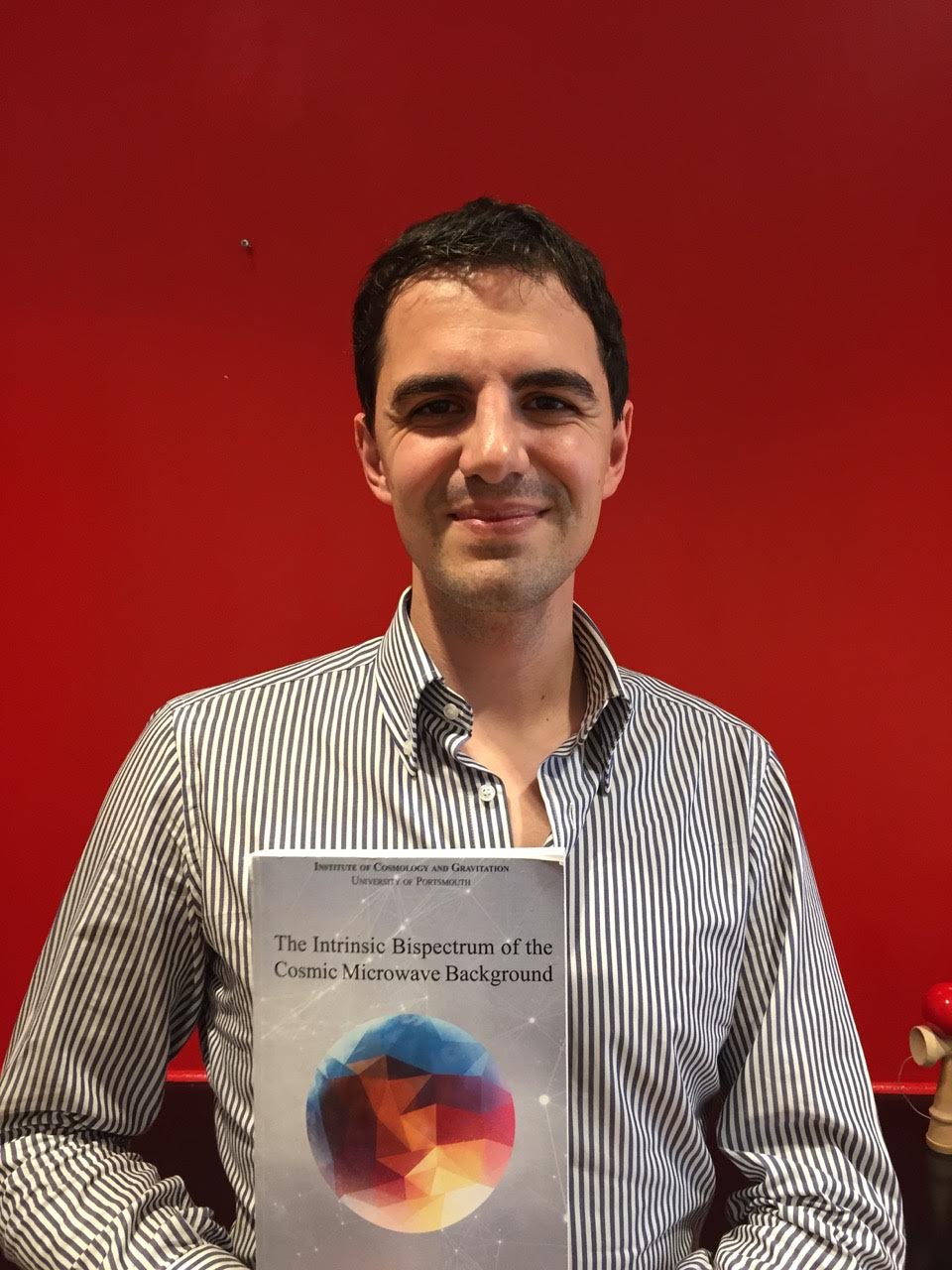