The Institute of Cosmology and Gravitation has completed another successful year of outreach and public engagement, interacting with over 10,000 school pupils and members of the public in the 2014/15 academic year. Photographs from many of these events can be found on the ICG facebook page.

Over the year, members of the ICG worked with pupils from over 100 different schools as far afield as North Wales, Birmingham and Lincolnshire, although the majority were local to Portsmouth. One of the main aims for the year was to increase the number of secondary school pupils worked with; this was achieved through regular Astrodome outings to schools which helped to more than double the number of key stage 3 (age 11-14) interactions compared to the previous year. This year also saw the introduction of an Astrophysics Masterclass for Year 10 pupils.

At primary level the ICG continued with the popular ‘A Visit from Space’ programme, which visited seven schools, Stargazing for Schools at the Historic Dockyard, and mini lectures for the University’s UP for It Juniors summer visits. For Post-16 students, two Cosmology Masterclasses were held, the Portsmouth Girls into Physics Network was launched and a new longer-term research project for A-level students was developed by PhD student Matt Withers, as part of the SEPnet Public Engagement Module. Additional one-off talks and workshops were delivered to school pupils of all ages throughout the year. The year ended with the second Portsmouth Schools Physicist of the Year awards, where the achievements of 23 Year 9 and Year 12 talented young physicists from local schools and colleges were celebrated. 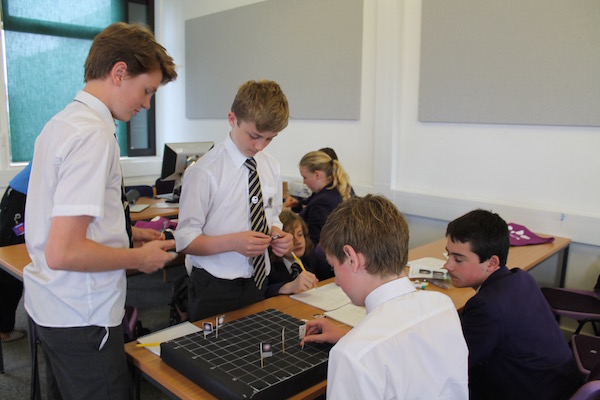 Events for members of the public this year included several successful Astronomy in the City observing evenings in the new location of Guildhall Square, 22 public talks by ICG members and the annual Stargazing Live at Portsmouth Historic Dockyard event. On the 20th March, over 1000 people joined the ICG in Guildhall Square for the partial solar eclipse, but unfortunately had to make do with a live feed on the Big Screen due to thick cloud over Portsmouth. 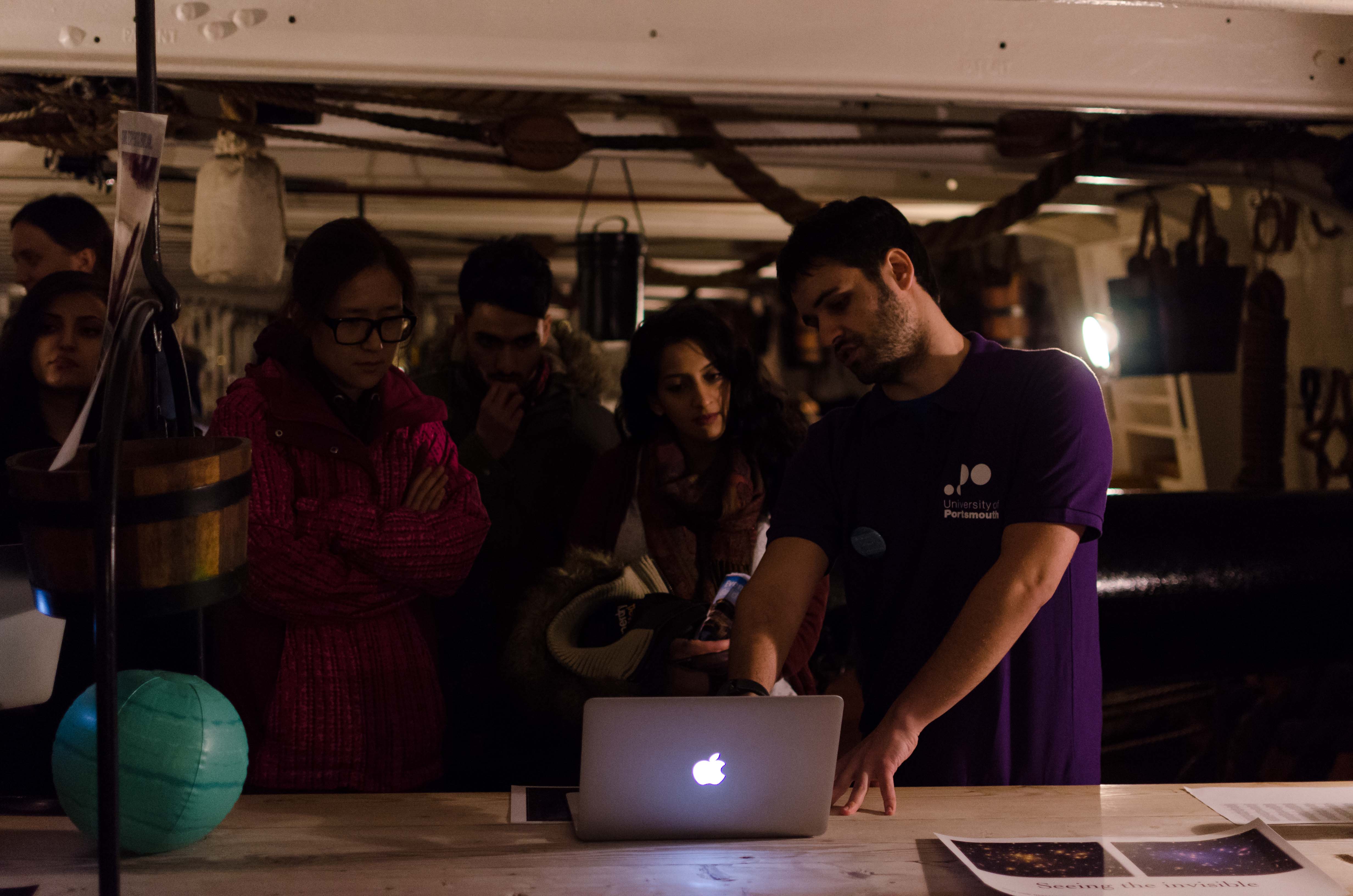 Another new addition to the ICG’s outreach programme this year was a series of Stargazing evenings for Brownies and Cubs at the Explosion Museum in Gosport, organised in collaboration with the National Museum of the Royal Navy. At these events 224 children watched a show in the Astrodome, learnt how to navigate using the stars and looked through telescopes with members of the Hampshire Astronomical Group. 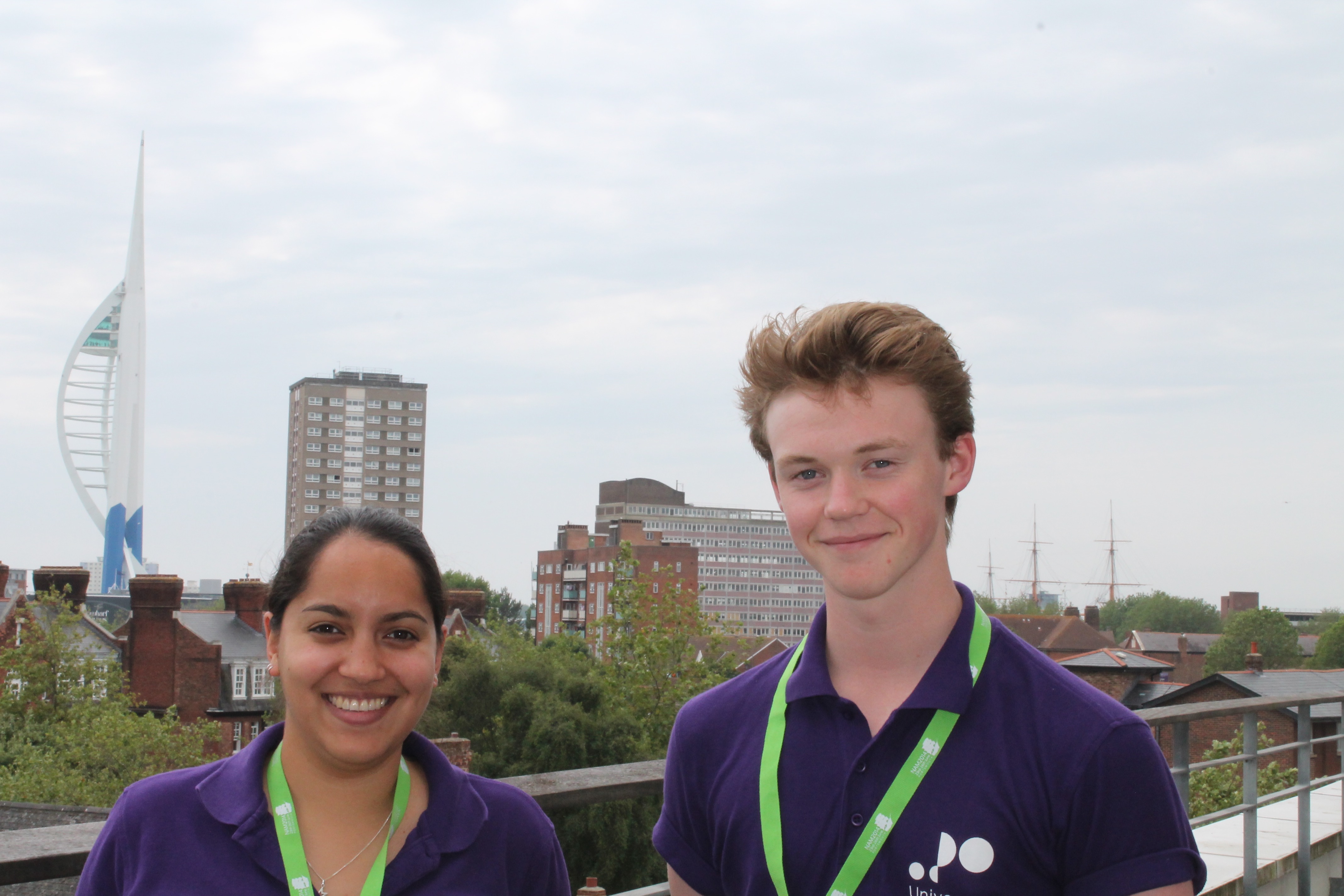 Finally, two ICG members were recognised in national schemes this year for their outreach work. PhD student Claire Le Cras was awarded the Institute of Physics’ Early Communicator Physics prize in November 2014, and Dr Jen Gupta was highly commended in the Young Achiever category at the 2015 Asian Women of Achievement Awards.