A new ICG art-science project will open at the TodaysArt Festival 2016, it was announced yesterday. The Dutch festival will bring together an international community of contemporary digital culture and will host a two-day premiere of Entropy on the 23rd and 24th of September. After the premiere, Entropy will be presented as a highlight at renowned arts and science events around the UK and the world.

Entropy is an innovative public engagement project that presents a science talk within a digital art performance. Co-led by ICG researcher Dr. Dida Markovic, Entropy is set to premier in the Netherlands this autumn at the TodaysArt festival in The Hague.

Preparing to launch its performances, Entropy was announced publicly for the first time to the international tech-art community at Belgrade’s Resonate Festival in April 2016. This annual festival brings together educators, artists, designers and techies to debate and showcase technology’s role in art and culture over a period of several days.

The project originally started in 2011 by the core team of Gerald Donald from the electronic music duo Dopplereffekt and originator of the idea, and two astronomers: Dr. Zaz Magic, now at the Niels Bohr Institute in Copenhagen and Dr. Dida Markovic at the Institute of Cosmology and Gravitation (ICG) in Portsmouth, who is the project co-lead. 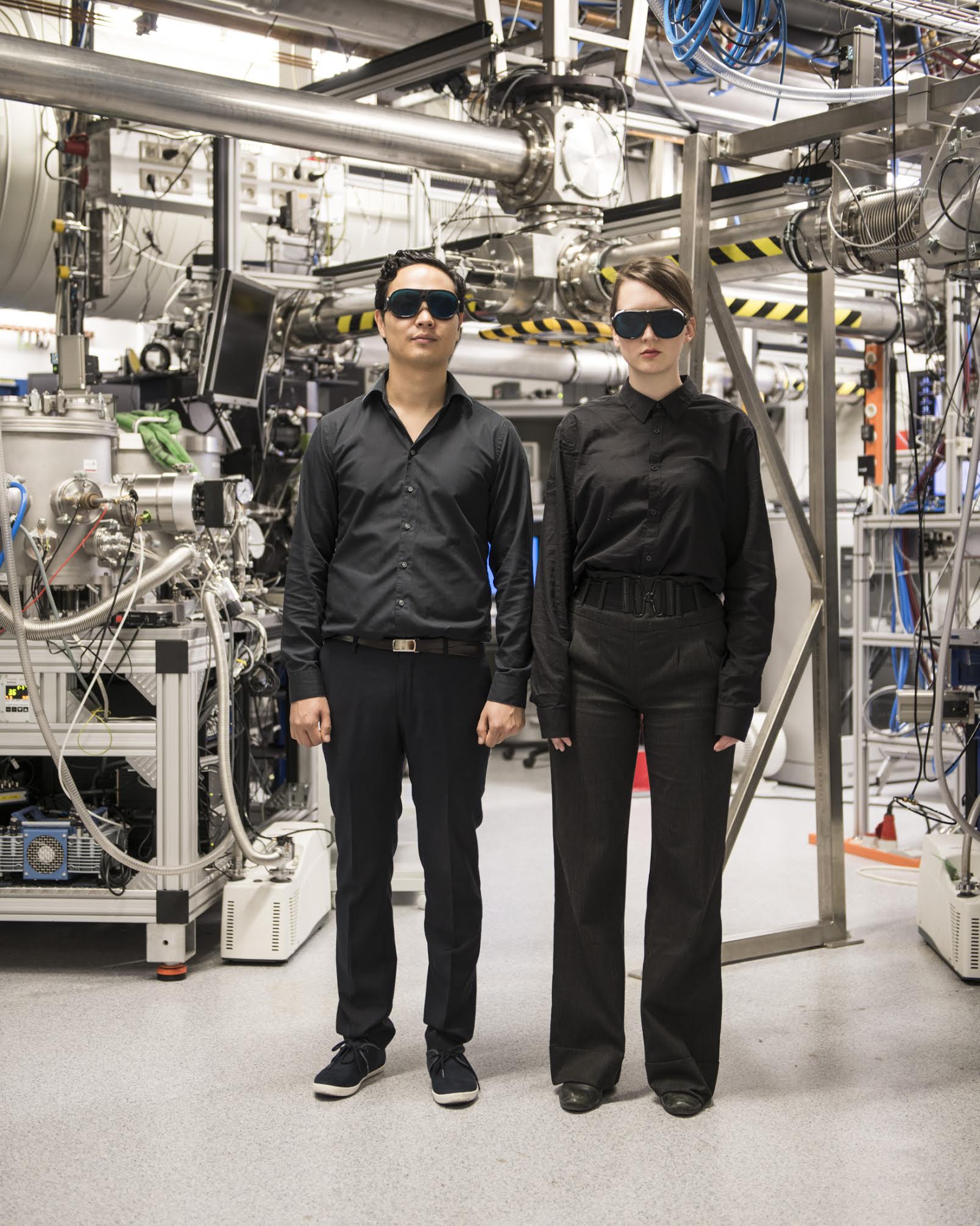 The inception of the project is rooted in Donald’s long and prolific music career, during which science and technology have been a major inspiration. Entropy aims to be truly interdisciplinary, bordering on transdisciplinary. Its close collaboration has resulted in the astronomers having an input into the production of the music and Donald has had much input into the choice of scientific themes and the composition and delivery of the talks.

For the pilot performance in 2010 at a Liverpool art festival called Abandon Normal Devices, the performance consisted of two hour-long lectures on cosmology and stellar astrophysics. These lectures were accompanied by electronic music tracks and sound effects that Donald composed in collaboration with the astronomers specifically for this purpose, sonically illustrating and interpreting the topics covered in the lectures. Dopplereffekt performed a special concert as the culmination of the evening.

In 2013, the team was joined by Yannick Jacquet and Nico Boritch of the Antivj digital arts label to integrate into the performance a unique set of scientific visualisations of real data and to create a unique staging for the performances. It will supplement the science talks and musical performances with a multi-layered, ultra-high-definition cinematographic experience of visualisations of scientific data related to the talks.

Following the successful application for an STFC Public Engagement Large Award in 2015, the visuals started taking shape with the help of the artist-coder Elie Zananiri.

The first-ever public announcement of the project was presented at the Resonate festival in Belgrade in April. The astronomers together with Boritch and Zananiri presented a work-in-progress, introducing the international team, the scenography, content, and demonstrate a selection of visualisation prototypes. The presentation also revealed the planned release of some of the project tools as open source for the scientific and artistic communities to use and further develop, an important aspect of the project. Photos from the Resonate festival can be seen on flickr.

The show opens on the 23nd and 24th of September, at the TodaysArt Festival 2016 in The Hague in the Netherlands. The premiere will be presented by TodaysArt in collaboration with Sónar and Insomnia as part of the We are Europe program co-funded by Creative Europe. Additional support comes from the STFC and Arcadi Île-de-France. Tickets are available at todaysart.stager.nl/web/tickets.

by Milan Kreuschitz and the Entropy team

A news item about the Entropy premiere also appears on the University of Portsmouth website.