Today, the ICG came together to enjoy the announcement of the LIGO+VIRGO detection of colliding neutron stars in the galaxy NGC4993, only 130 million light years away. As shown in the photo below, the whole ICG watched the official NSF press conference to celebrate this great discovery 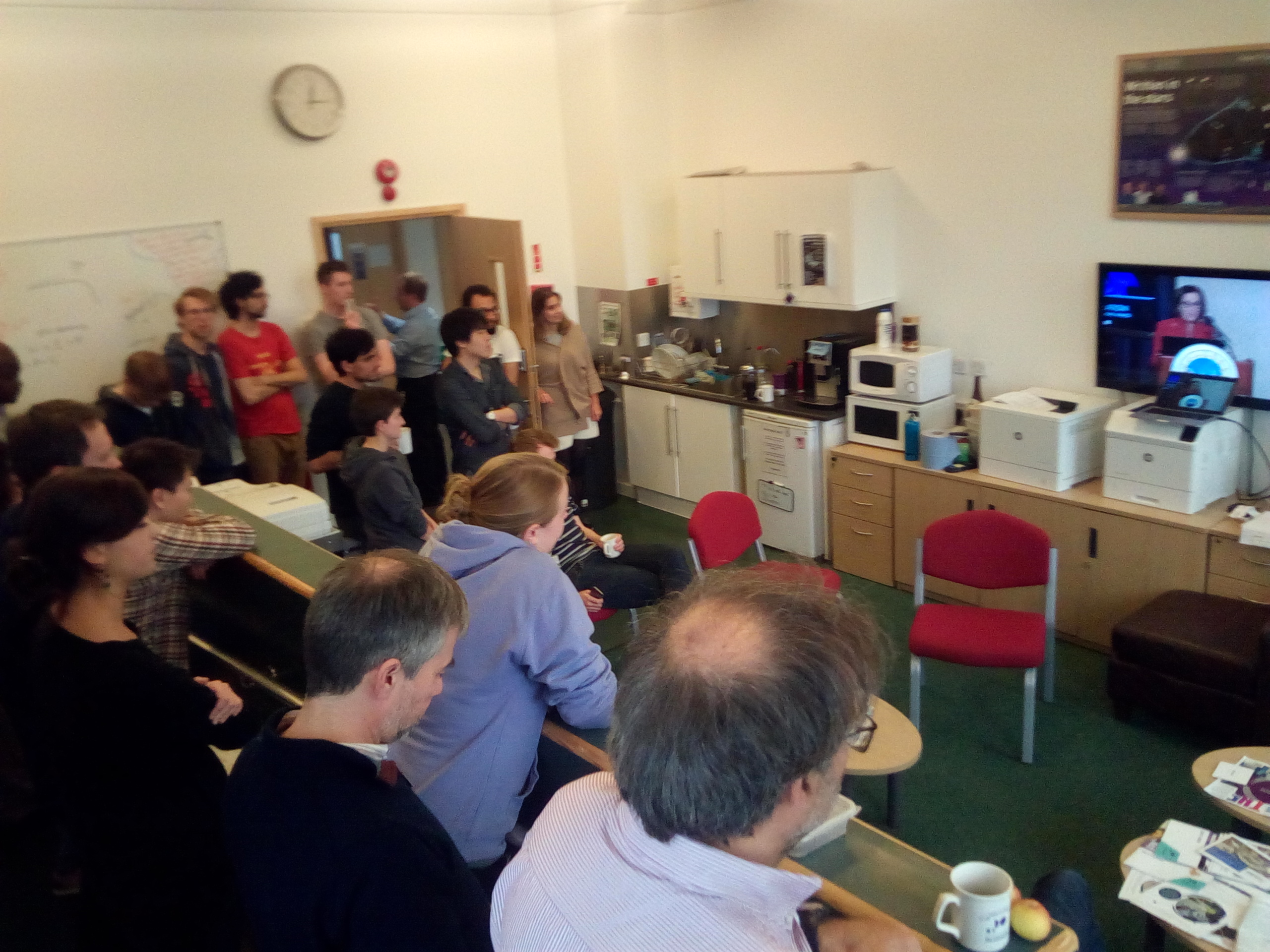 What makes this event even more incredible is the almost simultaneous detection of electromagnetic radiation from this merger using telescopes from gamma rays to radio waves. Hundreds of observatories around the world, and in space, have now seen light from this event heralding the arrival of “multi-messenger astronomy” i.e., seeing the universe with light, gravity waves and particles.

ICG researchers have been involved in this discovery in various ways. First, our new Reader in Gravitational Wave Science Andy Lundgren is part of the LIGO team and responsible for much of the instrument characterisation work needed to believe such events – today was his first official work day at the ICG! Secondly, Bob Nichol and colleagues have been long-time members of the Dark Energy Survey collaboration which was part of the global follow-up of NGC4993. Below is a DES image showing the new “kilonova” event that is the optical counterpart to the gravitational wave neutron star merger. 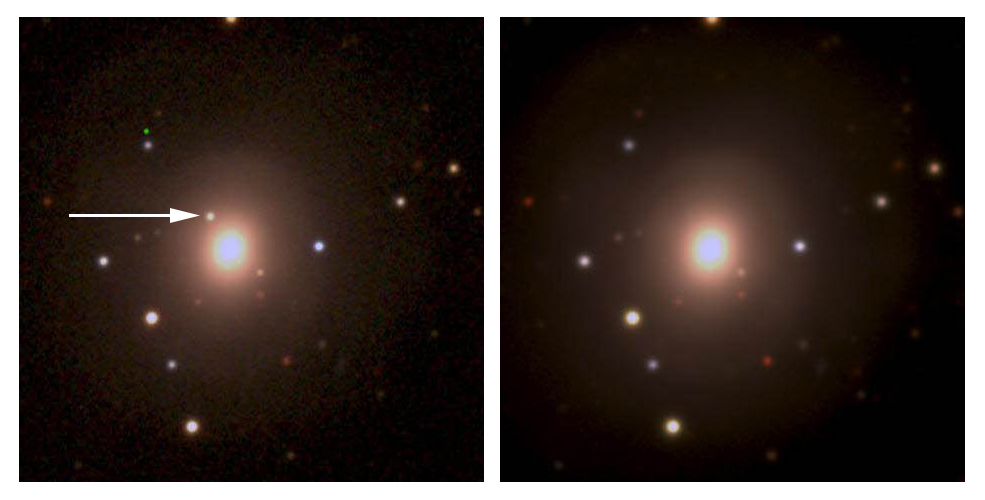 DES images of the kilonova in NGC4993

Finally, Chris Frohmaier (Fellow in Data Intensive Science at ICG) was most involved at the ICG in studying this kilonova, specifically in the characterisation of the event and most crucially, in estimating the rate of such events in the nearby Universe. As outlined in the University of Portsmouth story, Chris’s work has been important for estimates of the amount of heavy elements produced by such explosions and he and his colleagues found, in their recent Science paper, that approximately half the abundance of such matter could be produced in neutron star mergers.

This has profound implications for science but also has an incredible consequence for all of us as it implies that half the gold on our planet was forged in such explosive events. Not a bad days work when you consider it.