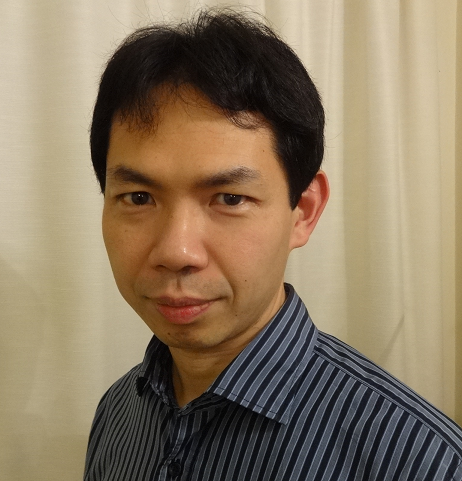 Position: Professor of CosmologyE-mail: kazuya.koyama(at port.ac.uk)
Telephone: +44 (0)2392 845100Office: DS3.02
Research interests: My main research interest lies in theoretical cosmology. I study the origin of structure in our Universe and test the early universe models using the statistical properties of the cosmic microwave background and the large scale structure of the Universe. I am also interested in explaining the late time acceleration of the Universe. Particularly I investigate a possibility to realise the late time acceleration by modifying general relativity on cosmological scales and develop cosmological tests of gravity.
Biography:

I am a Professor of Cosmology in the Institute of Cosmology and Gravitation at the University of Portsmouth. My research interests lie in theoretical cosmology, particularly the origin of structure in our Universe and the late time acceleration of the Universe. My research is supported by the Science and Technology Facilities Council and the European Research Council’s consolidator grant “Cosmological Tests of Gravity”. I was supported by the European Research Council’s starting grant, “Modified gravity models as an alternative to dark energy” between 2008 and 2013. I was awarded my PhD from Kyoto University in 2002. Previous awards include RCUK academic fellowship, PPARC psotdoctoral fellowship, Japanese JSPS potdoctoral fellowship. In 2009 I was awarded the Philipe Leverhulme prize and in 2010 I received the Young Scientist Award of the Physical Society of Japan. I was a PI of a Royal Society International Joint Project with the Yukawa Institute at Kyoto University. The collaboration between Portsmouth and Kyoto University was awarded the Daiwa-Adrian prize in 2010.


Roles and Collaborations: I am a committee member of UK cosmology meetings (http://www.ukcosmo.info/). I am on the Editorial Board of the Classical and Quantum Gravity.

Teaching responsibilities: I taught a first year course on “Introduction to statistical theory and methods” (M141) and a PhD course on "Theoretical Cosmology"