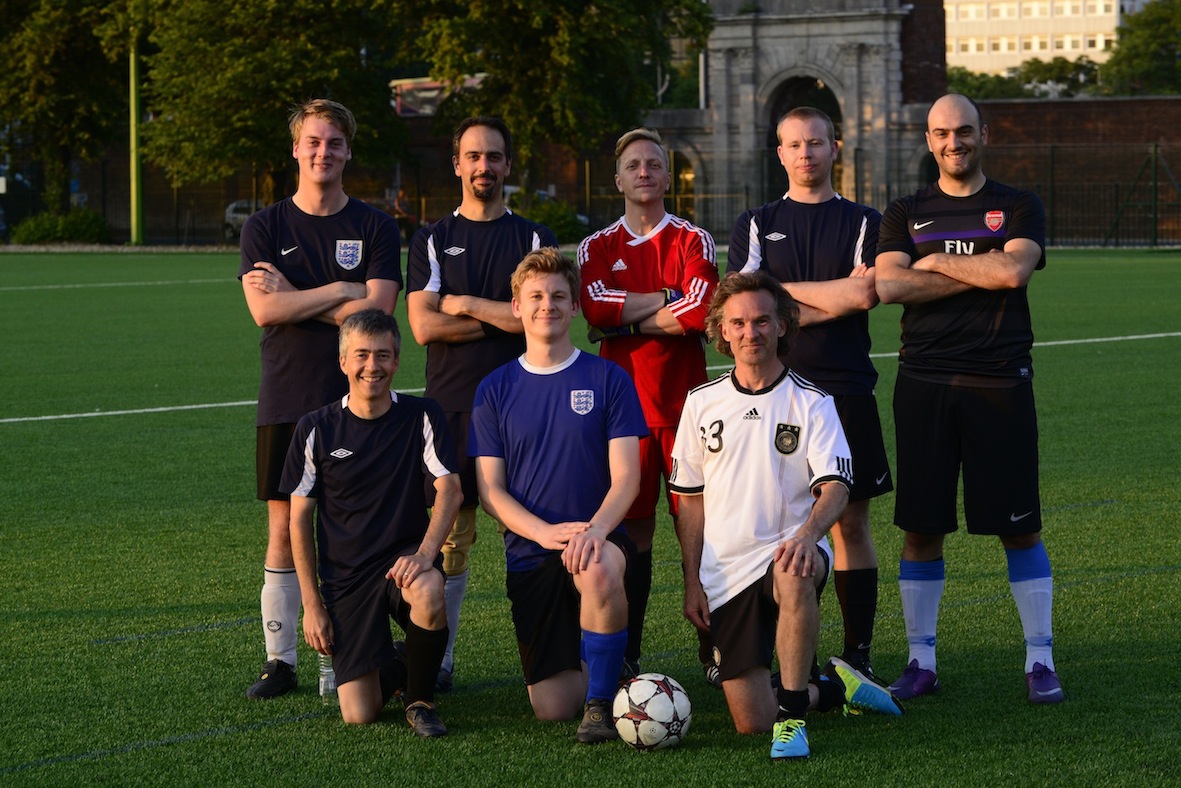 ‘ICG Cosmos’ has won this years National Astronomy Meeting (NAM) Football Tournament during a evening of action and excitement this week. ICG took part as hosts along with 7 other teams (representing 10 astronomy departments in total) on Monday at HMS Temeraire as part of a packed NAM social programme. 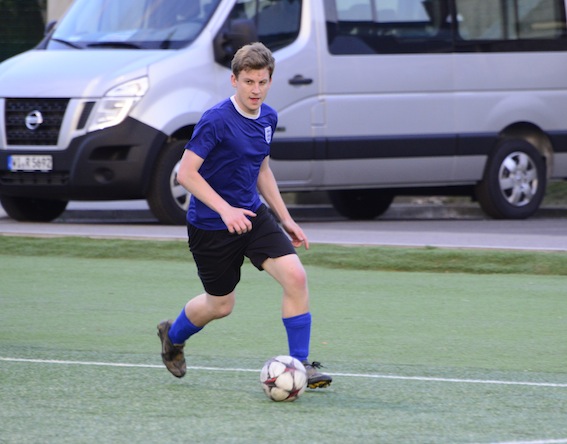 The tournament was split into two groups of four teams, the top 2 teams in each group then progressed to the knockout stages. ICG got off to a cosmic start with a 5-0 win over Team Glasgow, only to come back down to earth with a tough 0-0 draw against MSSL. In the final group game, ICG Cosmos faced top of the table HertOx (a combined Hertfordshire-Oxford team), with a table-topping finish to the group stage at stake. Team captain, Mat Pieri, sealed the result deep into the 2nd half, with a post-rattling strike low to the keeper’s right. 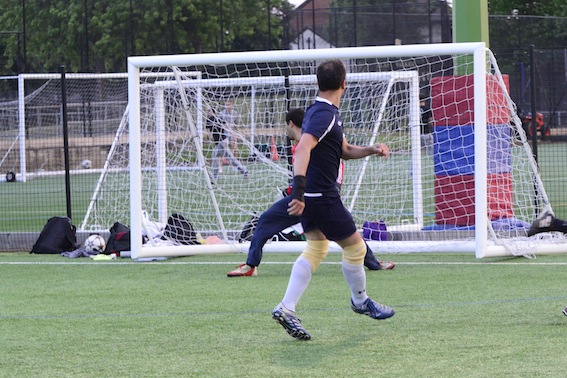 ICG Director and team talisman, David Wands, did his duty and took an unfortunate HertOx player to hospital with a shoulder injury following an awkward fall. Thankfully this injury was not as serious as feared and he was back the following day to give a talk at NAM. 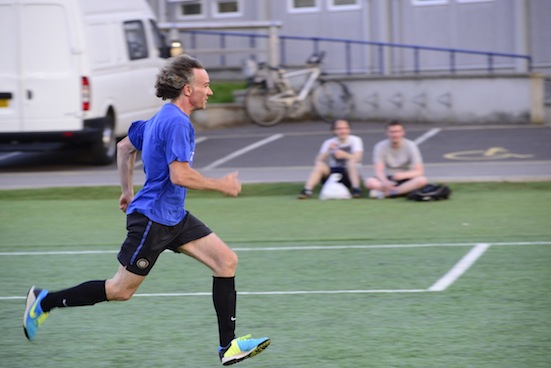 The team struggled on without its talisman, through the next game. The semi-final was a local derby against University of Southampton rivals ‘Rickie NAMbert’. Accumulated injuries and cramp had set-in and the walking wounded were forced to continue as ICG Cosmos clung on into extra time.  Then the cavalry arrived in the shape of the returning David Wands, shoring up the defence and helping ICG make it to penalties. IT support guru and goal keeper supreme Arron Knight night made the key shoot-out save to send ICG Cosmos into the final. 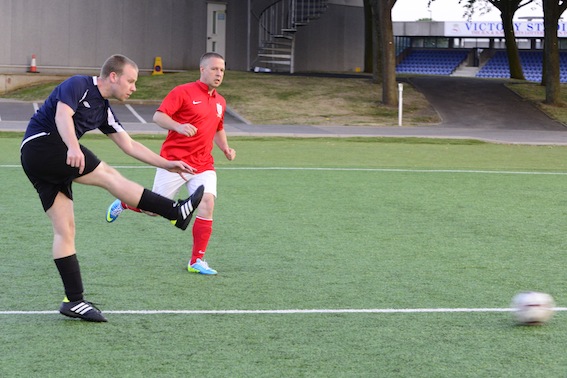 Night had drawn-in for this gruelling final game. ICG Cosmos faced Edinham, a combined team from the two most successful teams in NAM football history – Edinburgh and Durham! ICG took the lead through a powerful drive from new PhD student Dan Goddard. However, in the dying minutes of normal time Andrew Liddle of Edinburgh equalised leading to a nail-biting finish. There was still time for one final  effort from the ICG, as a shot from the captain whistled past the top corner. 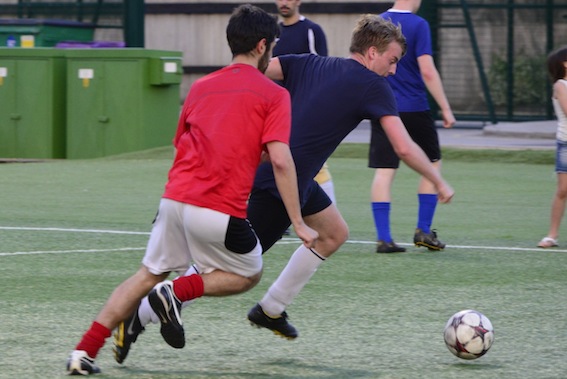 And so the tournament would be decided by a penalty shoot-out. Arron Knight put ICG in an excellent position with two fine saves leaving ICG need just one goal to seal the tournament. Edinham responded with a spectacular save of their own from an unnamed team captain. However, David Wands stepped up to slot home coolly, bringing the NAM Football Cup to the University of Portsmouth for the first time.

It was an exciting end to competitive, closely-matched, and above all sportsmanlike tournament. 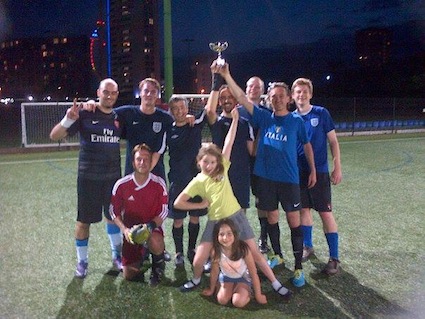 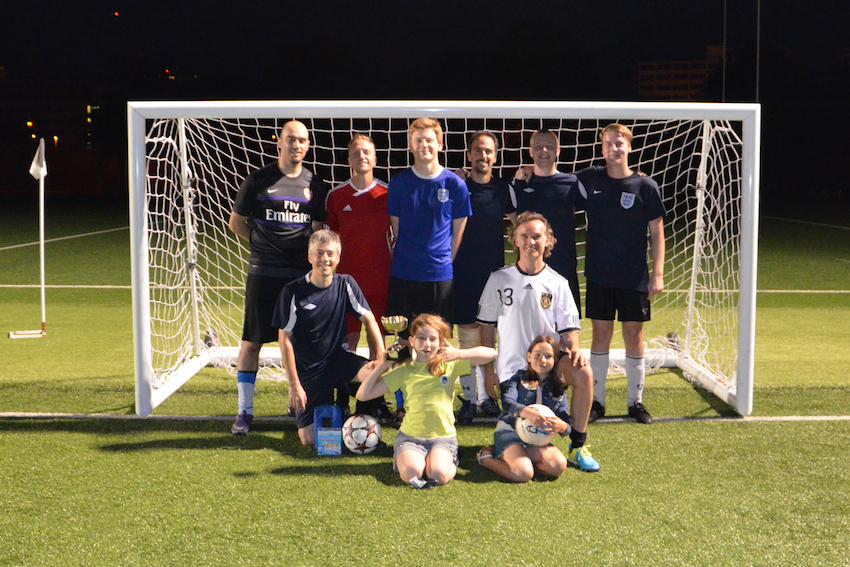