The Institute of Cosmology and Gravitation (ICG) at the University of Portsmouth played host to the annual BritGrav meeting on Wednesday 18 April and Thursday 19 April 2018. More than 70 researchers from around the UK and Ireland enjoyed the talks and warm sunshine on the South Coast.

The meeting brought together young researchers working on all aspects of gravitational physics, with 33 short talks mainly given by PhD students and postdocs. It was supported by the Institute of Physics Gravitational Physics Group, with a drinks reception sponsored by the IoP Publishing journal,  Classical and Quantum Gravity.

The Classical and Quantum Gravity prize for Best Student Talk was won by Scott Melville from Imperial College, London, for his talk on “Positivity Constraints for Gravity and Cosmology“. 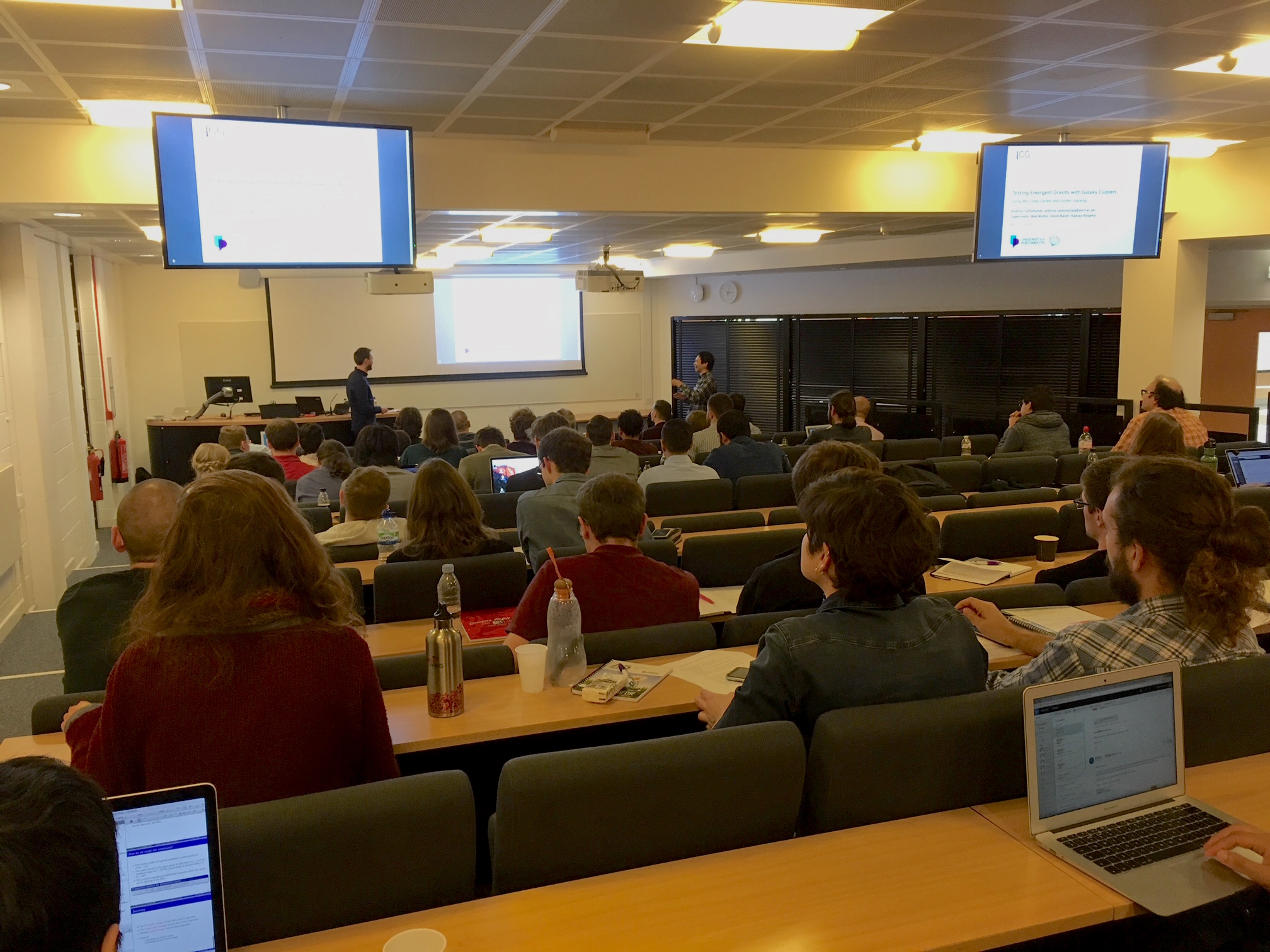