Earlier this year, ICG astronomer Bob Nichol was featured as part of the BBC Horizon show entitled “Dancing in the Dark: The End of Physics?”  The programme examined the search for dark matter and included Nichol’s trip to both the Dark Energy Survey at CTIO and the Very Large Telescope (VLT) at ESO.

The show won the “Best TV Science Documentary” at the 2015 European Science TV & New Media Festival and Awards in Lisbon on November 25th 2015. The award was accepted by the director Peter Leonard who tweeted “Our Horizon on dark matter wins best tv doc at Euro science awards. Thanks team!”. The award is shown below. 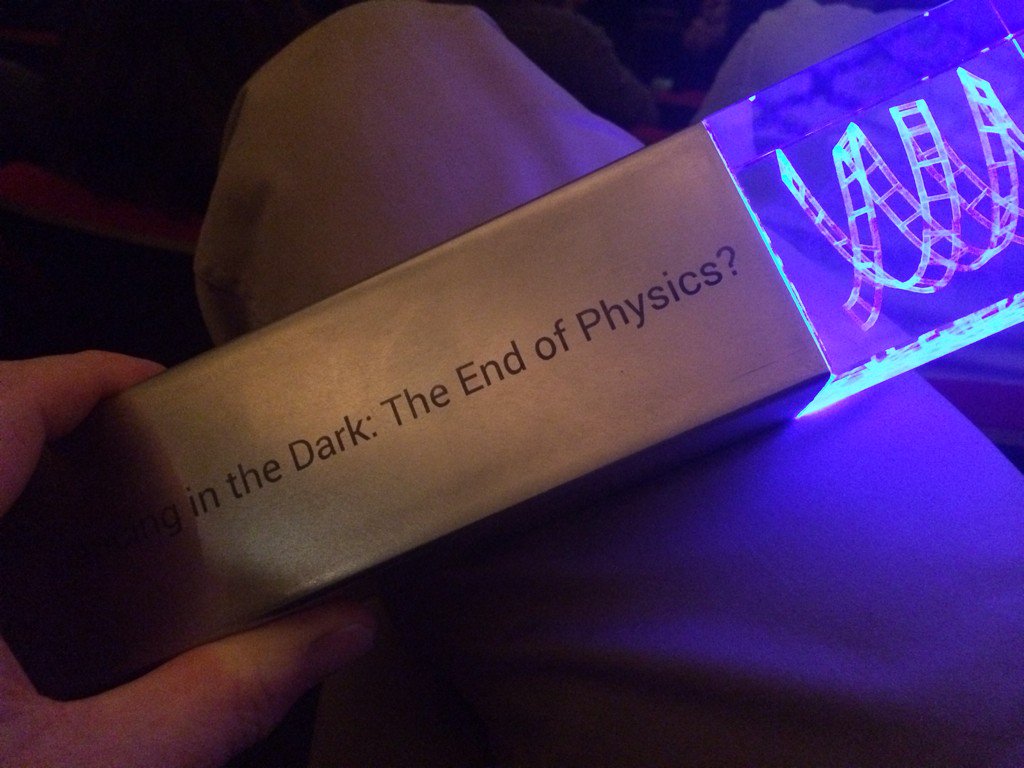 See main news item on the University of Portsmouth webpage