Undergraduate’s studying Physics or Maths at the University of Portsmouth have the opportunity to visit the Clanfield Observatory, and the South Downs Planetarium as part of two different Units, and also to work with volunteers from the Hampshire Astronomical Group to make use of the Clanfield 24″ Reflector for projects.

First year Applied Physics (AP) and Physics with Astrophysics and Cosmology (PAC) students take a Unit called “Space Science and Applications of Physics” which includes several visits and external speakers. This year the Unit arranged for two visits to the Planetarium/Observatory (in Nov 2015 and Feb 2016).

On a rainy November evening the first year physics students (accompanied by Danny Atkins, Prof. Rob Crittenden and Dr. Karen Masters) learned about the latest from solar system missions in the planetarium, and had a tour of the facilities at Clanfield as well as a talk on imaging the planets. 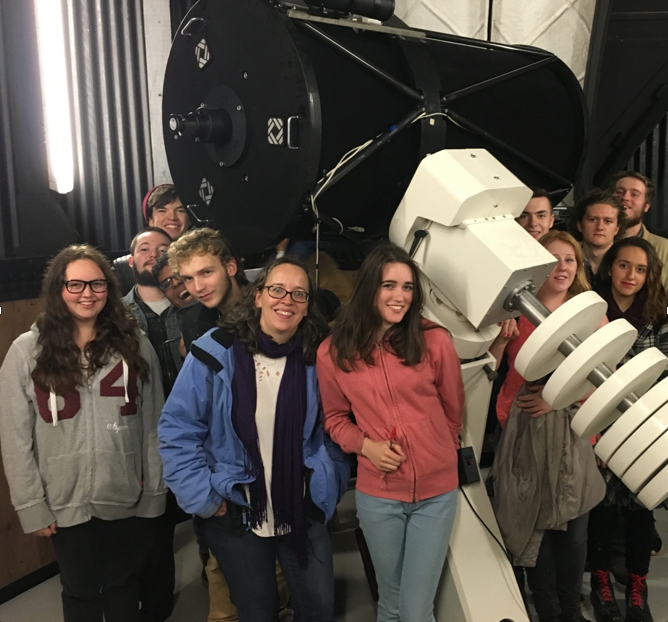 Dr. Karen Masters with several of the first year physics students in the Clanfield 24″ Dome.

On 11th February 2016, the first years visited on a crisp and mostly clear evening (accompanied by Dr. Hooshyar Assadullahi and Dr. Karen Masters). Following a planetarium show about nearby galaxies, we were lucky to catch a visible pass of the International Space Station going right overhead from the playing fields at Chichester School for Boys (where UK astronaut, and UoP alumni Tim Peake went to school, and the location of the South Downs Planetarium). 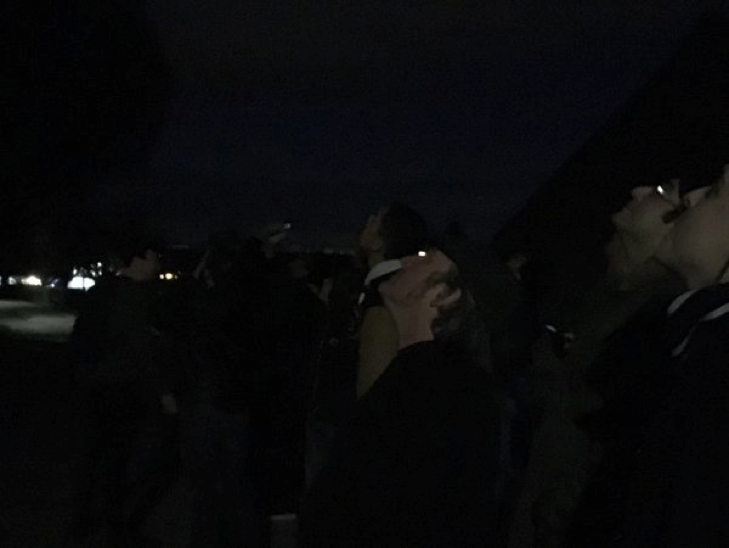 We went on to see amazing views of the constellations from the South Downs as well as observe the Pleiades and the Orion nebular through two of the Clanfield Observatory telescopes, and with the help of Hampshire Astronomical Group member Steve Futcher, we made the below CCD images of nearby galaxies M77, M82 and M81.

Second year physics and maths students also visit the Planetarium and Observatory as part of the optional “Universe, Planetary Systems, Stars and Galaxies” Unit. They also had a recent trip (accompanied by Dr. Edd Edmondson) and were also lucky with the weather on their visit doing more CCD imaging of galaxies.