A group at the Institute of Cosmology and Gravitation has been awarded money by the South East Physics Network (SEPnet) to develop outreach and public engagement activities that will engage the blind and vision impaired (BVI) community. The activities developed will focus on some of the latest astronomy, astrophysics and cosmology research carried out at the ICG.

The SEPnet funding will support a six month pilot project which will begin on 4th July 2016. This project will be led by ICG member Dr Nicolas Bonne following the conclusion of his Australian Government funded Endeavour Research Fellowship that he brought to the ICG in January 2016.

Nic will work with Dr Jen Gupta, Dr Coleman Krawczyk, and Dr Karen Masters to create activities that communicate concepts related to galaxies and their evolution using alternative methods of representing data, such as tactile and aural aids. One technique that will be used is the use of 3D printers to make tactile maps of galaxies. A prototype has already been created, showing the light intensity of the Whirlpool Galaxy in B-band (blue light) as observed by the Hubble Space Telescope:

3D printed image of the Whirlpool Galaxy showing the light intensity in B-band. 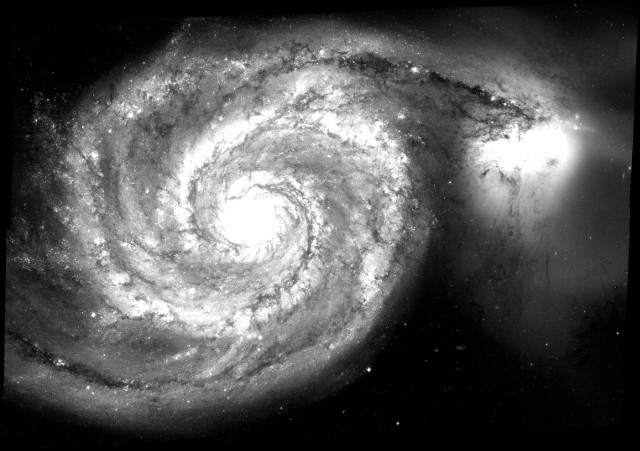 At the end of the pilot project, a public event will be held for blind and vision impaired people in Portsmouth, their families, friends, teachers, and other support workers. It is hoped that this pilot project will feed into a long-term project led by ICG scientists to engage the BVI community across the entire UK with astrophysics. If you would like to find out more about the project, or be notified about the public event, then please contact Dr Nic Bonne.