On Wednesday 13th July 2016, the third annual Portsmouth Ogden Schools Physicist of the Year (SPOTY) awards ceremony was held at the University of Portsmouth. The awards ceremony celebrated the achievements of the six Year 12 and 12 Year 10 pupils from local schools and colleges who were put forward for the award by their teachers. Students were nominated as their school’s physicist of the year for a variety of reasons, including their hard work, contributions in class, and progress over the school year. 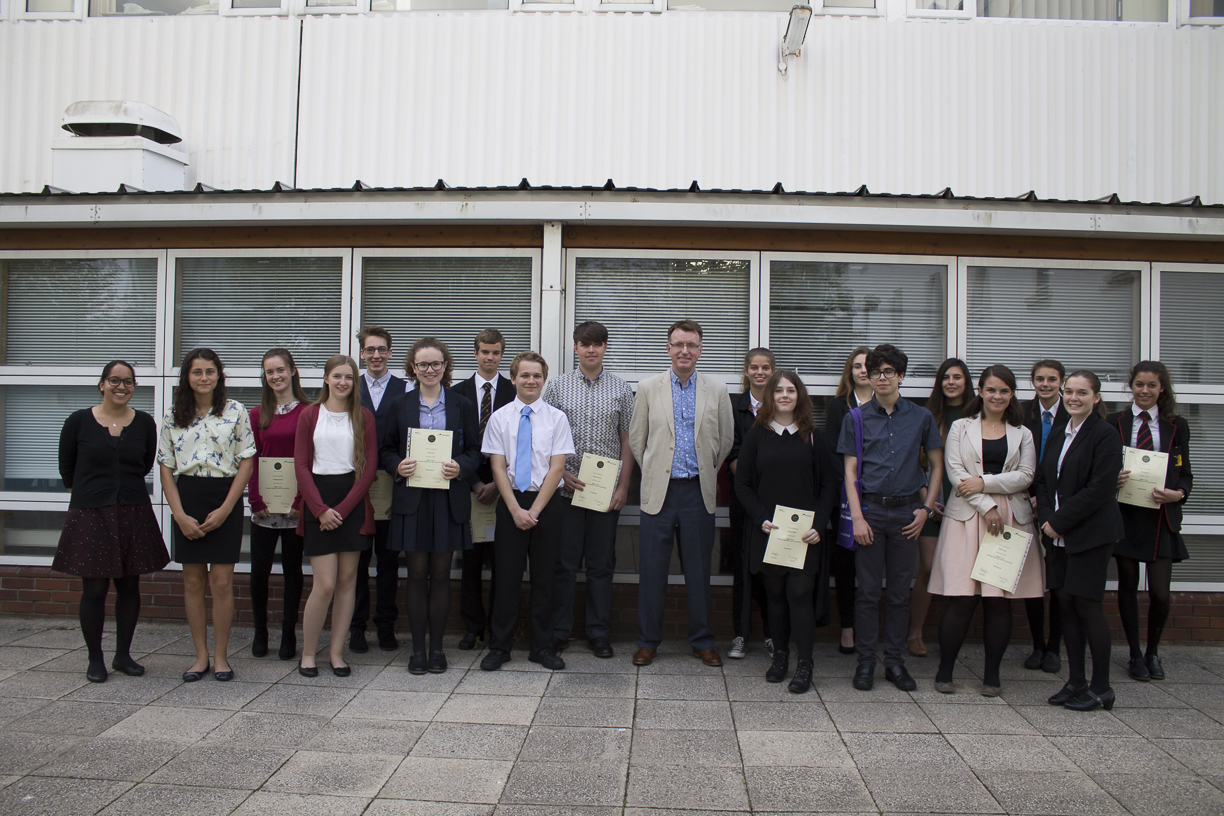 The award-winning students, along with their families and teachers, attended the awards ceremony last month, where they were presented with a certificate and £25 book token. At the event attendees also had the chance to chat with staff and students from the Institute of Cosmology and Gravitation, find out about the ICG’s cutting-edge dark energy research from Professor Bob Nichol, and hear about physics careers from Dr Jen Gupta, the ICG SEPnet/Ogden Outreach Officer.

The Portsmouth awards were organised by Dr Gupta, who said: “The annual Schools Physicist of the Year awards is one of the highlights of our schools outreach programme and it’s brilliant to be able to celebrate the achievements of so many talented young physicists. All of our SPOTY award winners should be proud of their achievements so far, and we can’t wait to see where physics takes them in the future!”

The Schools Physicist of the Year (SPOTY) awards is a nationwide initiative sponsored by The Ogden Trust, with additional support from the South East Physics Network (SEPnet) for the Portsmouth awards. The Portsmouth awards were organised by Dr Jen Gupta, the SEPnet/Ogden Outreach Officer for the ICG, with help from the university’s Recruitment and Outreach Team. Nominations for next year’s SPOTY awards are expected to open in May 2017.

The 2015/16 Portsmouth Schools Physicists of the Year are: