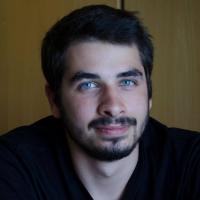 I’m a 2nd year PhD student studying the Large-Scale Structure of the Universe. My current project involves using data from galaxy surveys to investigate the exact nature of the primordial density perturbations that were generated by Ιnflation at the birth of our Cosmos. Upcoming galaxy surveys, like DESI, will provide measurements on the largest scales which can test whether the initial conditions in the Universe follow from the simplest inflationary models, or alternatively show signs of novel effects at the enormous energy scales of the first second of the history of the Universe.