Since Slipher and Hubble’s work in the 1920’s, it has been known that the Universe is increasing in size as time goes on; this is why distant galaxies are seen to be moving away from us. It had long been assumed that the gravitational attraction between bodies would cause the rate of expansion to slow down, and perhaps even turn the big bang into a ‘big crunch.’ However, astronomers were surprised to discover in the 1990’s that the speed of expansion is actually accelerating with time, a discovery which earned the 2011 Nobel Prize in Physics.

This acceleration requires a radical modification of our previous models of cosmology. One possibility is that the Universe is filled with a new type of substance, generically called Dark Energy, which is effectively gravitationally repulsive. Alternatively, it is also possible that the laws of gravity are different on cosmological scales, or that our assumption that we do not live in a special place in the Universe is incorrect. If dark energy does exist, we need to understand it, as it seems to account for 70% of all the matter in the Universe. Crucially, we want to understand whether it is constant in space and time (a cosmological constant), or it is dynamical, which would indicate a new type of physics.

A flat Friedmann–Robertson–Walker universe dominated by a cosmological constant (Λ) and cold dark matter (CDM) has been the working model preferred by cosmologists since the discovery of cosmic acceleration. However, tensions of various degrees of significance are known to be present among existing datasets within the ΛCDM framework. In particular, the recently measured value of the Hubble constant, is 3.4σ higher than the one inferred from the Planck CMB data.  These tensions could be interpreted as evidence for a non-constant dynamical dark energy as shown in this paper.

The ‘dark’ in dark energy and dark matter indicates that they interact very weakly, if at all, with the ordinary matter that we (and stars and galaxies) are made of; this makes them hard to detect directly and their existence has only been inferred gravitationally. However, possible interactions between dark energy and dark matter are a possibility we have only begun to investigate. Such an interaction could lead to dark matter decaying into dark energy or vice versa. In a more restricted model, an interaction could just transfer momentum between the dark matter and dark energy, leading to a change in their dynamics. Such models could help alleviate tensions between low and high redshift observations like the Hubble parameter problem.

Within the framework of Genral Relativity (GR), the acceleration would originate from an unknown “dark energy”. Alternatively, there could be no dark energy and GR itself is in error on cosmological scales. Given that the standard model of cosmology is based on a huge extrapolation of our limited knowledge of gravity (Fig.1), this discovery of the late time acceleration of the Universe may require us to revise the theory of gravity and the standard model of cosmology based on GR. 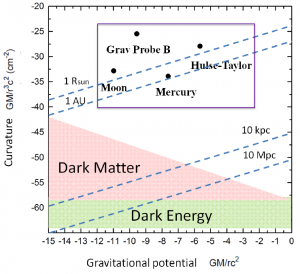 Fig 1: Tests of General Relativity on various
scales. The vertical axis is the spacetime
curvature and the horizontal axis is the
gravitational potential. The blue dotted lines
indicate typical length scales. Modified from
Psaltis arXiv:0806.1531. GR is well tested at
solar system scales and also by binary pulsars
(within the purple box). However, outside this
region, gravity is not tested by conventional
methods.

ICG researchers are developing cosmological tests of gravity and seeking solutions to the origin of the observed accelerated expansion of the Universe by challenging conventional GR. A number of vast astronomical surveys of the galaxy distribution are underway, such as Dark Energy Survey (DES, 2012-2017), extended Baryon Oscillation Spectroscopic Survey (eBOSS, 2014-) . Future surveys such as ESA’s Euclid mission provide an opportunity to perform ultimate tests of gravity on the largest scales in our Universe. The ICG is one of only a few institutes in the world that have access to all these international surveys. See a review article for more information.