In 2006 I was awarded a Marie Curie Excellence Team Grant, a prestigious and sizable grant – of 1.4 Million Euro in this case – that is awarded by the European Community to researchers that are showing the potential to reach excellence in their field. The topic of my research is galaxy evolution, in particular the understanding of the formation and evolution processes that galaxies undergone across the cosmic time by means of the study of their stellar populations. This project is focused on sophisticated stellar population models and on their impact on galaxy formation models and on the decoding of galaxy data. Below you can read a short description from the project abstract.The picture portraits my Team, that is composed by two PhD students – Janine Pforr (first from left) and Gustav Stromback (second from right) – and two post-doctoral researchers – Chiara Tonini (first from right) and Bruno Henriquez (second from left). Jonas Johansson (third from left is a ICG PhD student that I co-supervise and an external collaborator. 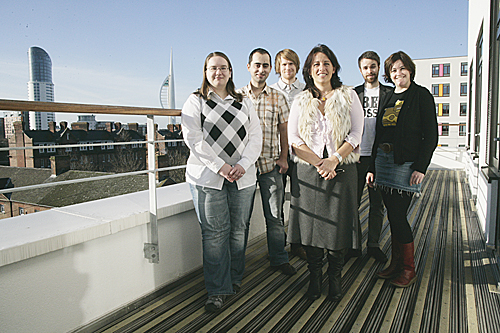 Galaxies are the beacons that light up the distant regions of the Universe. Galaxies are also the building-blocks that chart the Universe. Understanding galaxies is essential for undertaking precision cosmology. Yet, their formation is still a mysterious process. Modern cosmological models are very successful at explaining the largest structures in the Universe. Yet, a coherent picture of how galaxies form their stars the way we see them, and their evolution through cosmic time is still missing. This project seeks to significantly enhance our understanding of how galaxies form and evolve. This objective will be achieved by means of a synergetic study that brings together the most fundamental approaches to the problem.These are the development of galaxy evolution models as tools for interpreting galaxy data, the analysis of real galaxies, and simulations of galaxy formation in the framework of Cold Dark Matter cosmologies. The properties of real galaxies are inferred by applying state-of-the-art stellar populations to modern observational data. In parallel, we are improving the stellar evolution part of galaxy formation models from different groups which allow us to perform a more compelling comparison between simulations and observations. The aim of this project is help understanding whether galaxies form and evolve according to the current cosmological paradigm.